How To Name Your Novel With Surveys: Using Feedback To Find The Perfect Title For Your Book 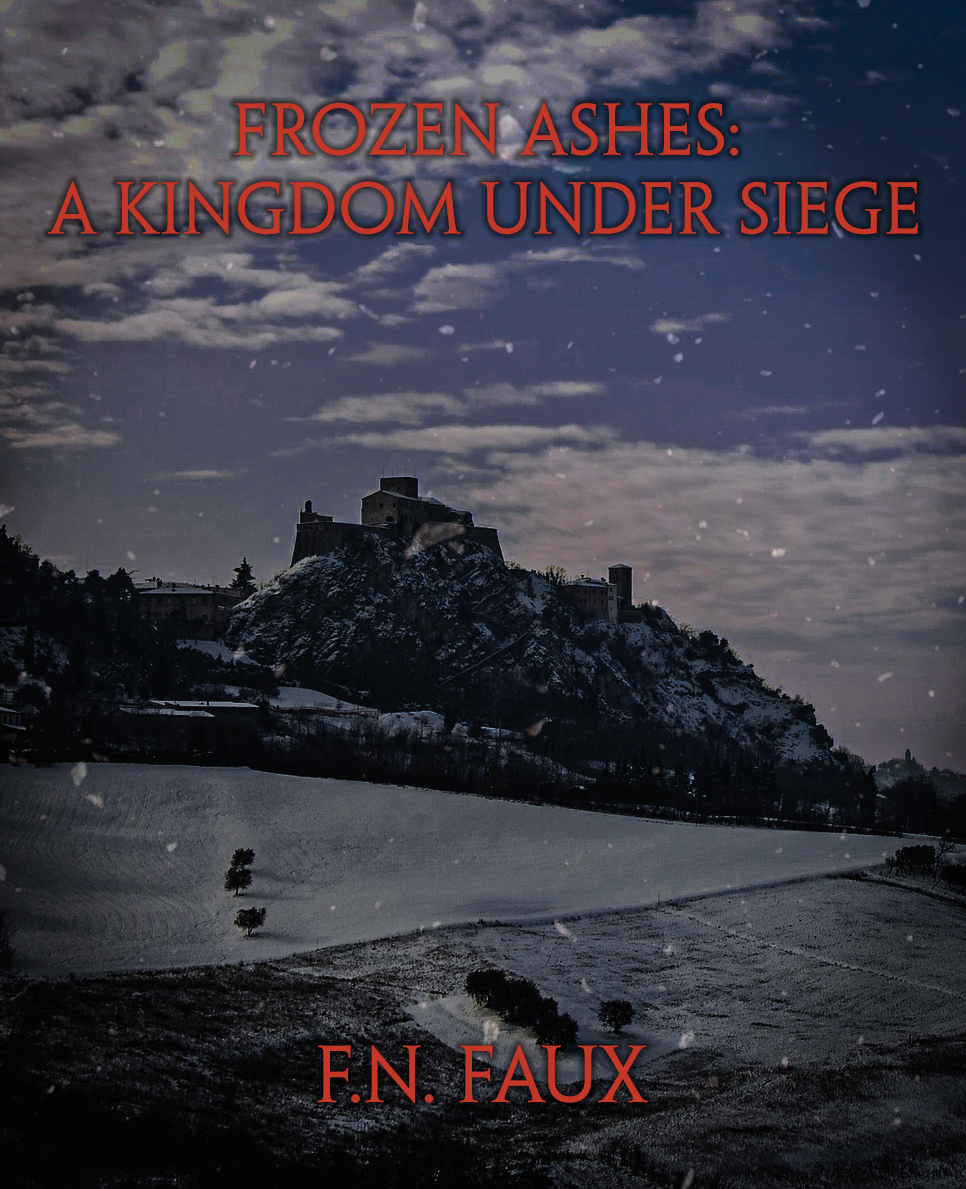 Coming up with an effective title for a book is one of the most difficult avenues of the literary creation process. Utilizing Helpfull’s surveying capabilities, authors can receive immediate, considered feedback on their title ideas.

How To Name Your Novel With Surveys: Using Feedback To Find The Perfect Title For Your Book

Apart from actually drafting the novel itself, coming up with an effective book title is one of the most difficult avenues of the literary creation process.

A title is more than a name. Aside from being used to identify your work, there are many facets in which a title can either help or hinder the success of your next novel.

The title of your book helps sell it to your potential readers; it’s the first thing they’ll notice on the cover, and it’s the phrase they’ll be repeating when they go to recommend your work to their friends. It can get your reader's eyes on your work, become an integral part of your brand, and will be featured in your author bio throughout all your future endeavors.

With how much importance the title of a book carries, it's vital you make sure to choose a great title for your book - one that is original, captivating, and audience-tested.

Would 'To Kill A Mockingbird" have sold as well as it did if it was instead named "How I Killed A Bird"?

Drafting a book title is not a solitary activity. It can’t be done quickly, or carelessly. Corporations wouldn’t spend millions of dollars in market research every year just to workshop product names if it wasn’t a vital part of the marketing initiative. The best way to ensure that your book title is to follow the lead of industry giants - test your product in front of an audience of consumers. After testing your title, you’re going to want to workshop it - and then test it again. And then test it some more.

Before we explore what you need to know about how consumer feedback can transform your title ideas, let’s explore:

The Qualities Of A Successful Novel Title

A quality, effective book title does not pop up overnight. Seasoned veterans of the literary field will tell you how they’ve often work-shopped hundreds, if not thousands of working title ideas - just for one novel. When drafting ideas for titling your next work, it’s very important to keep an open mind. Don’t grow too attached to your title, because the title isn’t for you - it’s to sell the book to your audience.

After analyzing the qualities shared by titles of best-selling book series, we’ve come up with a short-list of tips you want to make sure you consider during your book title creation process:

In order to explore these concepts further, we asked the Helpfull community to help us workshop some example titles for our upcoming fantasy/adventure novel, a la Lord of the Rings and Game of Thrones. Keeping our five handy tips in mind, we set out to follow through the entire title development process - from first working title drafts, to a final published title.

Being that our theoretical novel is a fantasy/adventure novel, we wanted to draw upon inspiration from existing properties in the genre when developing our first batch of names.

After throwing dozens of book title ideas at the wall, we culled what we’d created down into just six title choices. For our first batch of testing, we asked an audience of one hundred pollsters to give us their opinions on the following titles:

After just twenty minutes, we’d received one hundred new comments into our first batch of book titles. The titles that received the highest amount of votes were: A Kingdom Besieged (22), The Last Mage (19), and Catalyst: Rise from Ashes (18). As well as voting for their favorite title choice, our Helpfull pollsters provided us with their unique insights as to why they felt their chosen title was - or wasn’t - effective.

The Helpfull community responded well to unique and powerful words, namely “Kingdom”, “Mage”, and “Ashes”. They liked the titles they felt offered the best balance between mystery, intrigue, and action. They decidedly did not like titles they felt were too generic.

With these new considerations in mind, we set to work developing our next batch of story title ideas. With the help of community feedback, a good title is just within our reach.

After sitting on and mulling over the one-hundred comments we’d received on our first batch of book title ideas, we sought a different approach to creating our second batch of story titles. We wanted to make sure to include the titles that played with the elements that our prior audience was most receptive to: words like “kingdom” and “mage”, and creating a title that toed the line between mysterious and grandiose. We came up with another six good title ideas to workshop in another survey:

We wanted to keep the two highest-performing book titles from our last set in order to form a baseline for our results. Are we moving forward in a better direction with these new titles, or was this a step back? After a half-hour, we’d received our answer.

Our initial winner - “The Lost Kingdom” - took second place in this audience poll, falling behind an expansion of the same concept. “Smoldering Ashes: A Kingdom Under Siege” performed stronger than any previous title, and received heaps of praise from our latest batch of Helpfull community members.

For this iteration, the comments given to us were especially evocative. The community was extremely willing to give their measured opinions on: what made each book title effective, what they envisioned the novel to be about, and even advice on what we could fix in the future.

One particular Helpfull pollster left us with some fantastic advice in regards to our utilization of the words “Smouldering Ash”. They inferred that we elicit a stronger emotional response from the audience when we instead use contrasting descriptors to invoke curiosity in the reader’s mind. This advice fell in line with other tips we’d found given by authors during our title-research process; it’s an idea that we explore thoroughly in our third and final set of book titles.

Survey #3 - Finding The Right Title For Your Books

Now that we know we’re on the right track with how we’ve refined our book title thus far, it’s time to put our nose to the grindstone to really make our last batch of titles stand out.

We want to narrow the scope of our title creation, so that we could develop a set of ideas that all played off of shared concepts. We’ve got the main premise of our title down pat; it’s the minor design decisions we want to consider now. Tweaking the words and phrases we use can have a major impact on the development of our perfect title. As such, the final list of titles we developed are as follows:

These titles may seem redundant, but as they say - the devil is in the details.

We wanted to test this last batch of ideas in front of a wider audience, to see just how our final concepts stack up against each other.

With names that are so very similar, having a larger audience gives us an opportunity to make smaller, more minute changes - and measure just how much those changes matter. We decided to go with an audience of 200 - double that of what our audiences were in prior surveys.

Ultimately, a winner was chosen from our five remaining titles. The consensus was clear: “Frozen Ashes” sounds much cooler than “Smouldering Ice”. Containing elements from four different initial concepts, the title Frozen Ashes: A Kingdom Under Siege was decidedly the most popular of the titles we’d shopped thus far.

With the level of consideration and thought poured into each of the two-hundred comments we’d received on our last batch of titles, we could easily continue refining our title ideas through continued surveys.

Odds are you’ll never find the perfect title for your novel; yet, with every survey we conducted, and every new set of title iterations that followed, we were left feeling more confident and proud of what we had been able to create. That confidence only comes from having had now 400 Helpfull pollsters weighing in and critiquing our title ideas; without them, we’d still be stuck thinking “The Golden Blade” was a “good enough” title idea.

Develop Your Titles with Helpfull Feedback

When work-shopping book titles, getting outside feedback and critique is absolutely crucial in ensuring the final product is going to sell. Getting unbiased consumer critique is the best practice for work-shopping your title designs; with Helpfull, getting that considered feedback has never been easier. There is no better audience to test your ideas for than an audience of real consumers - consumers who very well look to purchase your novel in the future.

An intuitive user-interface, coupled with the ability to gather hundreds of consumer responses in just minutes, are just a few of the features that make Helpfull the ultimate tool for any artist, designer, or marketer.

Sign up with Helpfull today - start getting feedback on your designs in just minutes! 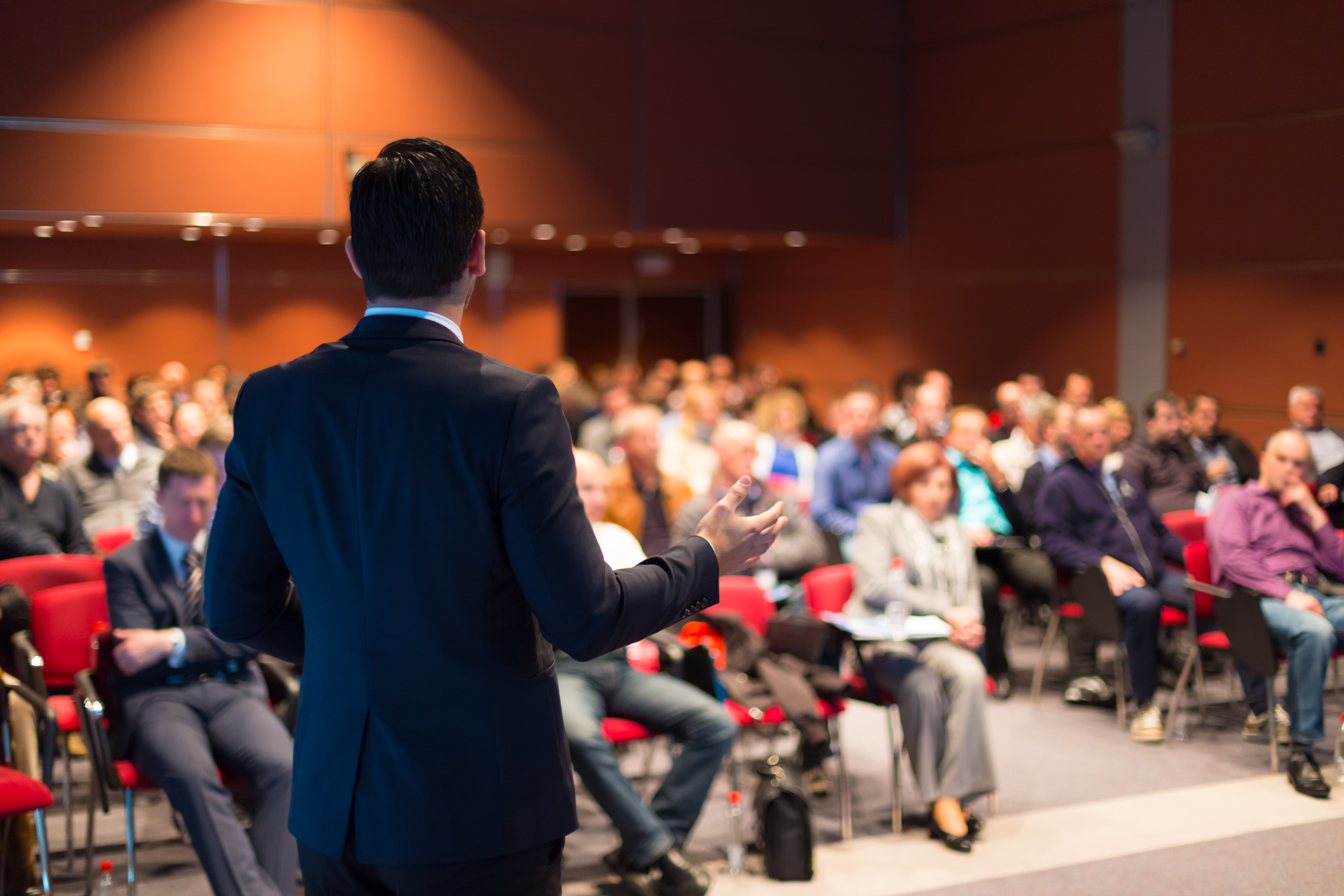 Choosing our target audience demographics is an integral component of the surveying process. Learn how to calculate perfect size for your survey audience. 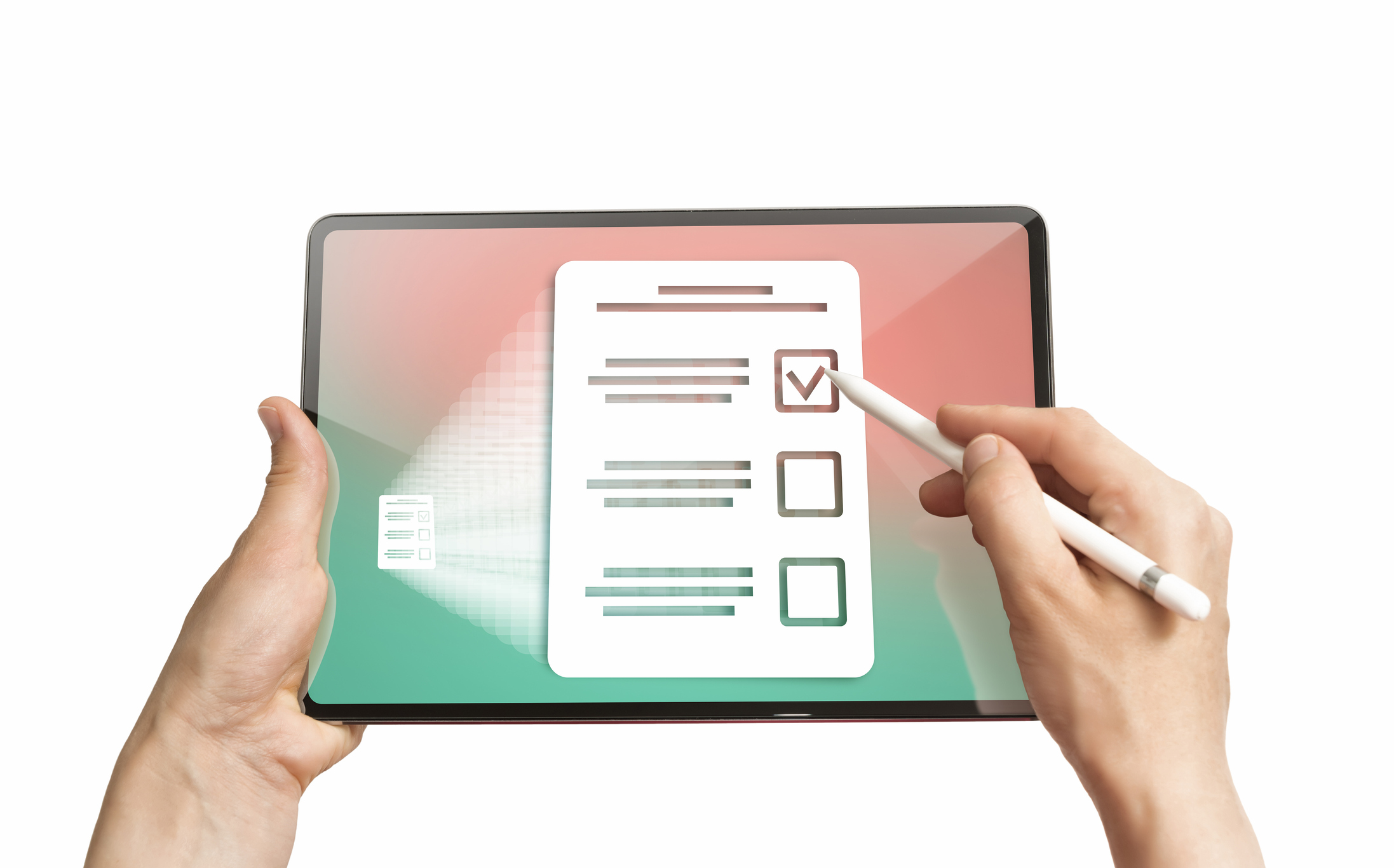 Poll vs Survey: Definitions, Differences, and Where They Fit In Your Marketing Research

A poll consists of only one question; surveys are made up of multiple questions. Learn the differences and how each tool is used for information gathering. 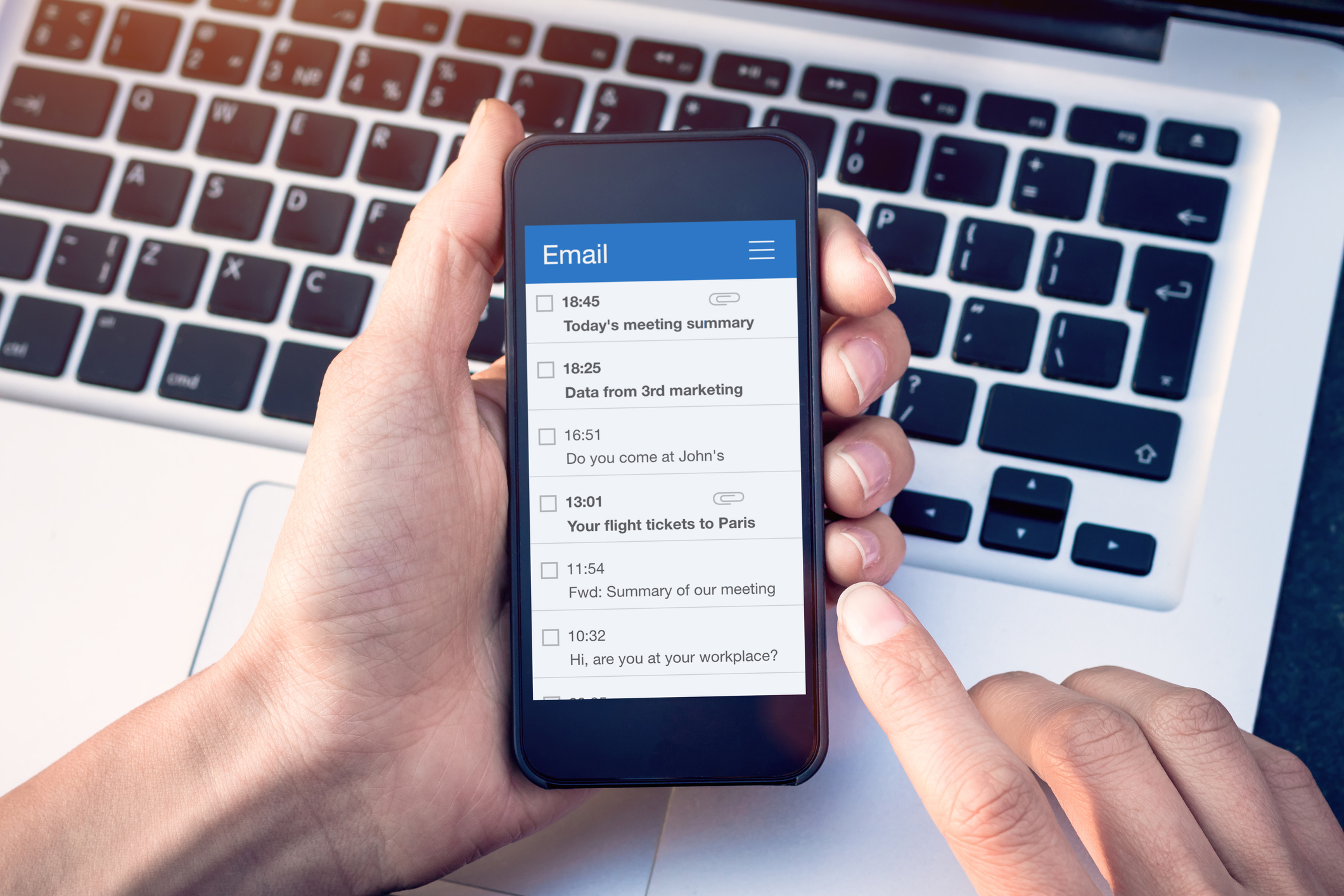 Whenever you’re looking to send out a survey email, it’s important to get it right. Here are the 10 best tips for creating effective survey emails. 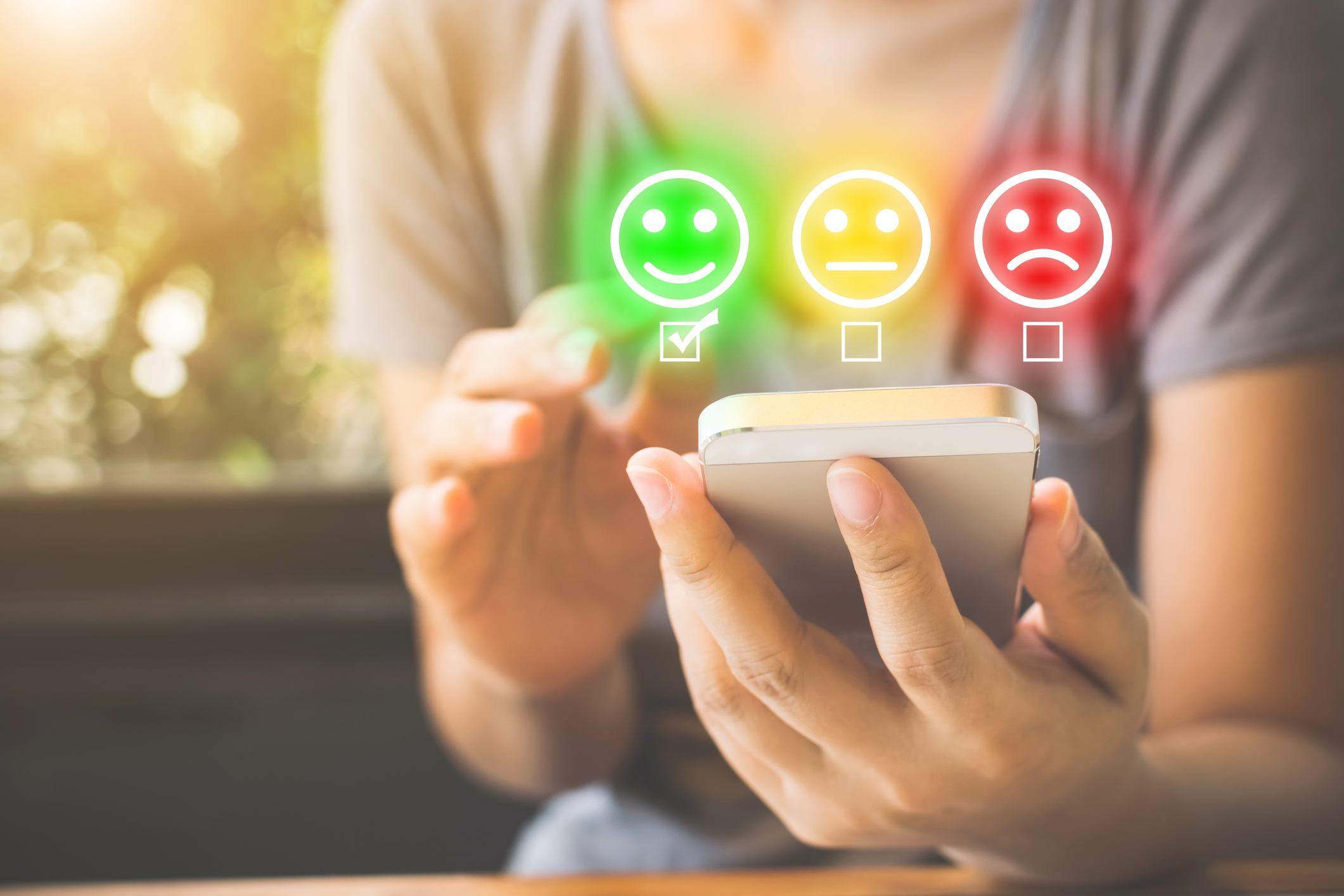 Likert Scale Survey Questions - How To Use Them, And What They Can Do For Your Business

Likert scale surveys are a reliable way to collect valuable customer data. Learn how we can use the scale to generate feedback for our business insights. 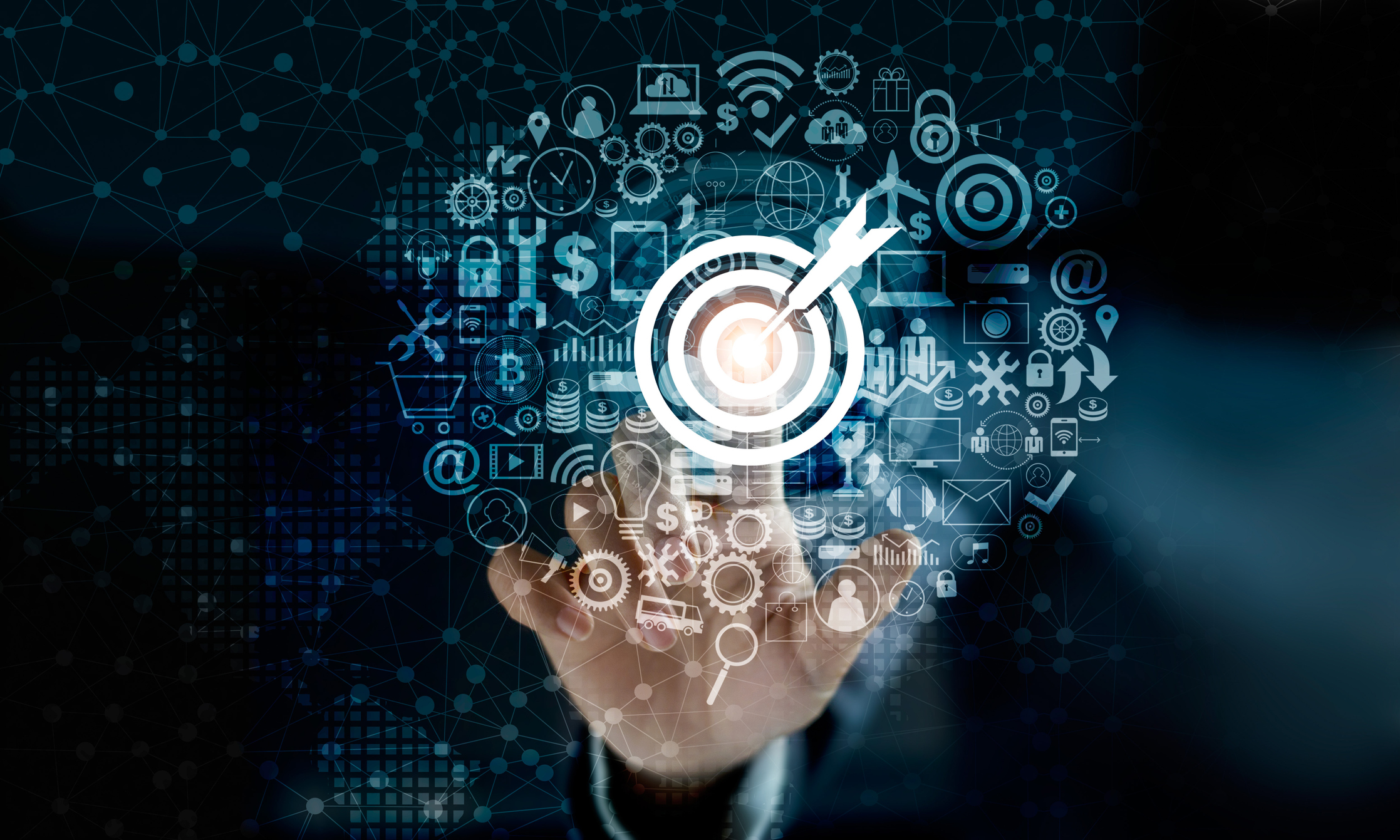 Targeted Marketing Surveys: Why Choosing The Right Audience For Your Marketing Campaigns Matter

To get the most out of your marketing, target your efforts at defined market segments. Online surveys help to identify how to meet your consumer’s needs. 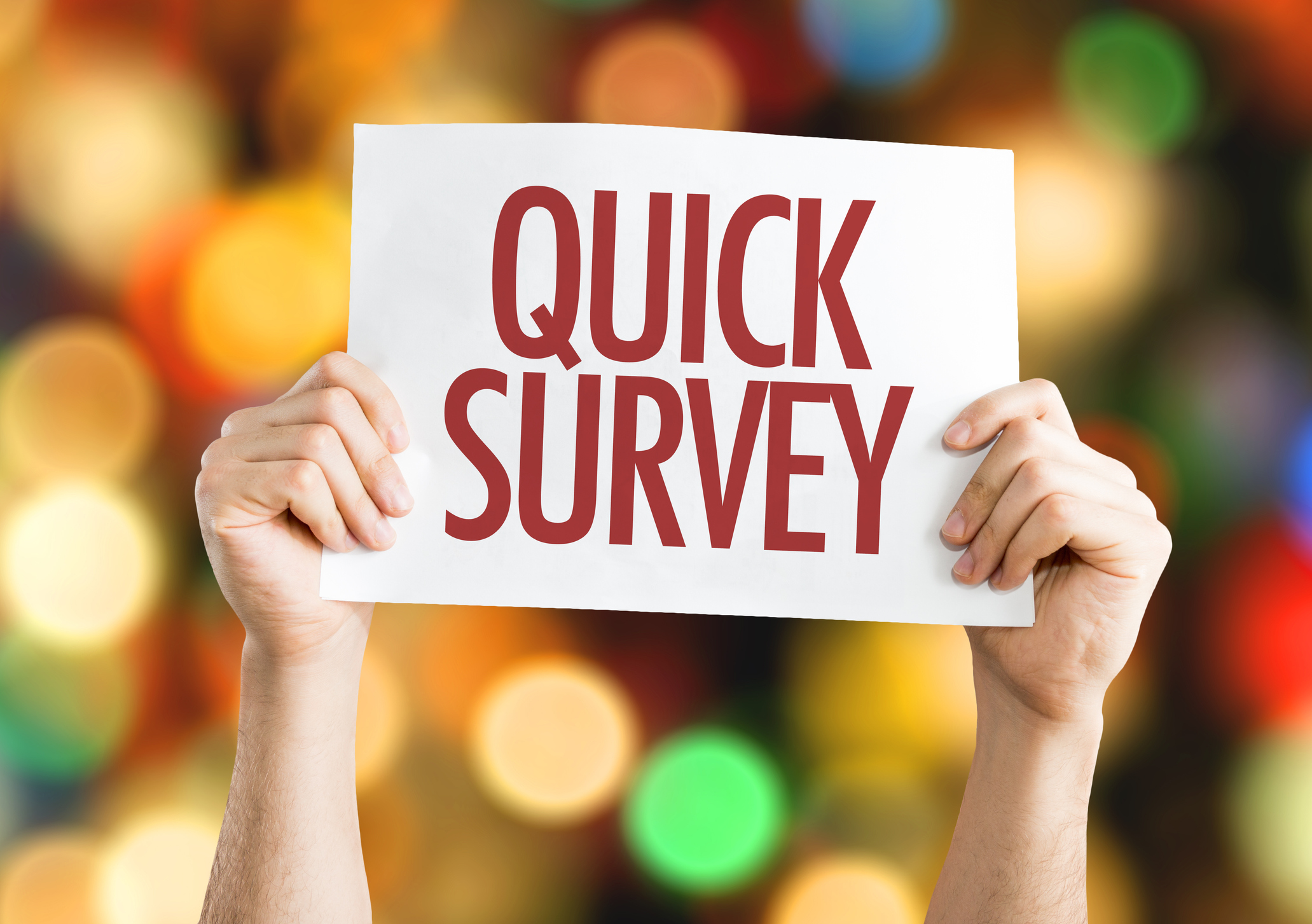 What Are Quick Or Instant Surveys?

Quick or instant surveys are research tools used to gain immediate feedback on questions or designs. Learn what instant surveying can do for your business.